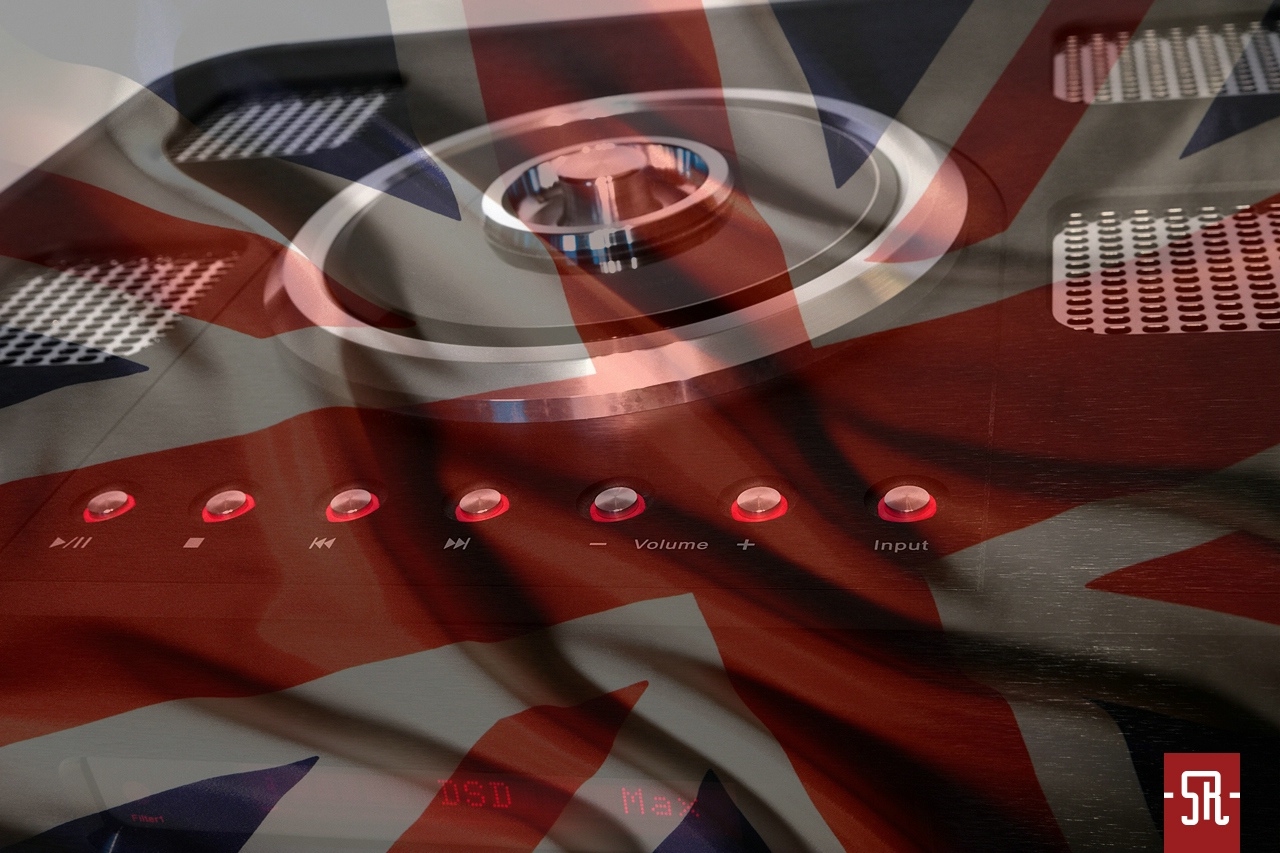 There is a saying “third time lucky”, yet this is about trying to achieve your goal and not about counting to get lucky. This is the reason, that when the tested device reached us for the first time, amongst dozens, or rather hundreds, of kilograms of electronics composing one of the dream systems (it was the Chario/Octave/Siltech one), probably due to the sheer amount of emotions, its presence was not so visible, and I did not leave it at home for a separate test. Fortunately I got a second chance, and this time my reflexes got better, so instead of describing the Ayon  set provided by the distributor, composed of the CD-3sx and the Spitfire, I decided each of the two products deserves a separate review. Although we shared our impressions from the test of the Spitfire around mid January, I wanted to wait a bit with the CD player. It would be too much at once, and there are people who do not like too many reviews of only one brand popping out one after another. But over two weeks is a safe period, and now, without too much surfeit, we can present another example of the Austrian technology and learn, what Gerhard Hirt has to say in the digital world. 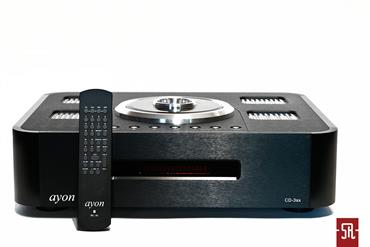 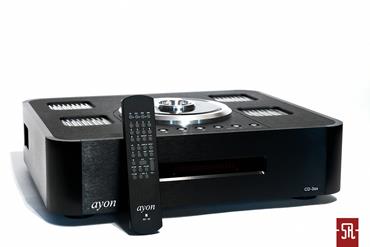 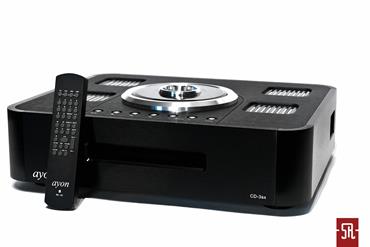 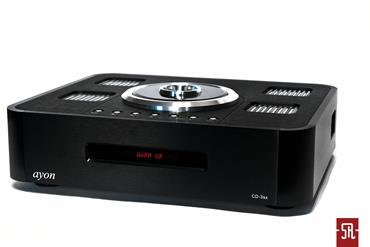 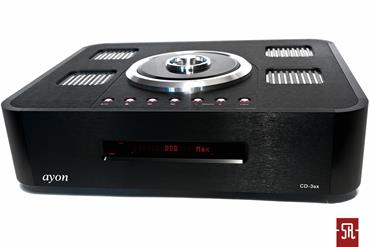 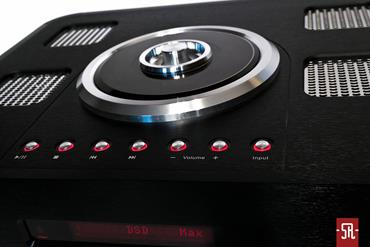 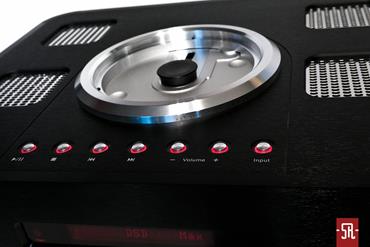 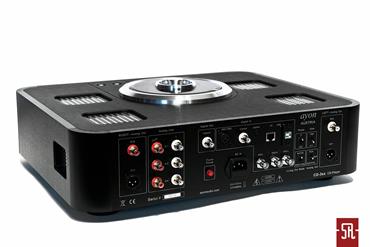 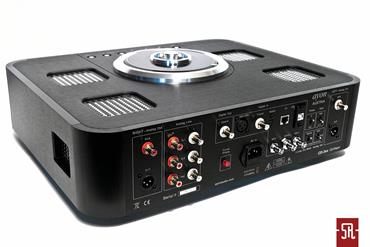 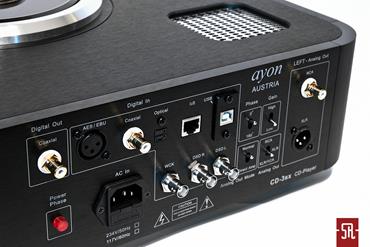 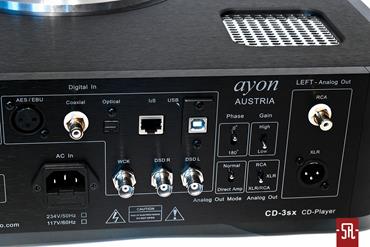 The Ayon CD-3sx, like my reference CD-1sx, belongs to the third, and at the same time, at least for now, latest generation of digital players from the Austrian company. Compared to its two predecessors, the changes were made to the output circuitry, drive, DAC section, analog volume control and the power supply. Compared to its smaller brethren, which I use on a daily basis, it seems that the main parts were improved, enlarged or doubled. Due to this, in the output stage we have not two but four 6H30 triodes, and there is a quartet of 6Z4 tubes in the power supply. In addition the preamplifier section has an analog volume control, and not a digital one like the CD-1sx. Those changes resulted in a slight increase of the external dimensions of the player. But you should not worry too much about that – the breath and height remained the same, the chassis is just 6 cm deeper. The element common for both devices is the single DAC chip Sabre ESS9018 supported by the AD797 opamps. The digital interface is handled by the XMOS chip – the same as in the Stratos.
I started the description of the design and setup of the player from the innards on purpose, as with the Ayon, once you have done one description of the player or amplifier, you can just copy/paste from that. This is the result of the unification, that reduces the costs for the manufacturer, as well as the characteristic design, perfected through the years, that results in immediate and priceless recognition of the Ayon brand. So I will just mention, that the CD-3sx is a classic top-loader with a centrally placed Stream Unlimited drive, covered with an acrylic, heavy top equipped with a small puck with magnets increasing its efficiency.
The whole chassis is made from massive brushed aluminum panels anodized black, with vent holes milled in it and protected with a mesh, that allow the tubes placed inside to have optimal thermal comfort. From the details, which you cannot see at first glance, and if you do not know the brand can be hard to find, I will mention the power switch located on the bottom close to the front left foot and switches near the back feet, separate for each channel, which activate if the player is placed in “Direct Amp” mode, that allow lowering the output level by 6dB. But before we come to the description of the switches, we should finish talking about the interface of the player. There is a red dot-matrix display, which does not only inform about the standard items of the played disc, but also about upsampling, filters, input signal (PCM/DSD), its parameters, active input and when we activate volume control also the volume level is shown. You should also remember that -60 means no signal and 0 maximum with the Ayon.
The navigation buttons are placed on the top cover in milled immersions. There are also lit halos around the knobs, which greatly help using the player in a dark room, and at the same time are not distracting, as they are invisible when sitting in your listening chair (similar to the display, which can be dimmed or switched off completely). A small thing, but very neat.
The back panel does not resemble a typical player. It is much closer to what we are used to seeing at a preamplifier or sound processor. But no panic – everything is placed very logically and ergonomically. The centrally placed power socket is low enough, that even the thickest cords will not interfere with the rest of the connections. On both extremes there are output sockets in RCA and XLR standards. Next to the right channel outputs there are three RCA analog inputs. The central part is occupied by digital interfaces. There is only one output – coaxial, but there is a multitude of inputs – AES/EBU, coaxial, optical, I2S RJ45 (Ethernet), USB and dedicated to DSD three BNC terminals (DSD-L, DSD-R and WCK for the clock). But this is not all, there is a section of switches that allow us to set the phase, gain, mode and activate the analog outputs. Although the last one allows to set RCA, XLR and RCA/XLR, the manufacturer warns, that this last setting, which activates both outputs at the same time, results in a compromise in terms of sound. My description would not be complete if I would forget about a small red LED indicating wrong polarity of the power supply.

We can compare switching from the 1 to the 3 to adding of specialty tuning to our already well equipped sports car. I am not thinking about adding some spoilers and a big exhaust, maybe some stickers all around, no not at all. We get maybe not the same, as it is much better, but completely competent, company sound. From the first notes we can hear it is on a higher level. There is more of everything, but we cannot talk about any artificial blowing up of the sound, there is no expansion of the virtual sources. Here we deal with the method of small steps, nuances, making the reproduced picture, the whole sound played by the player, is much more true to the original, or if you prefer, the recording on the source material. I am mentioning this on purpose, as with natural instruments we can, to some extent at least (depending how much contact we have with live music), assess the fact re-scaling has occurred, and to which extent this happened, yet with for example “The Very Best of Enya” or “Anastasis” Dead Can Dance, the amount of used electronic instruments makes this more difficult. With the CD-3sx everything is more palpable, more real, and this not due to an artificial increase of the contrast, by showing more contours, but by a kind of organic coherence and harmony. Looking at a panorama of the Alps on a cold winter morning, or architecture of Antonio Gaudi strolling through the streets of Barcelona, we do not look for any detail, but we do contemplate the beauty and the completeness of everything – the completeness of the view we see. The same thing is with the tested player. Instead of performing a soul-less analysis of the signal it gets, it performs a synthesis, it makes it homogenous, while avoiding the sin of averaging everything. It is perfectly capable of showing the differences in how the music was recorded, as well as differences in the quality of the material played. The mentioned “Anastasis” DCD sounds big with the Ayon, monumental and with clearly overcharged bass, but… this is the way it was recorded, and we cannot blame the Austrian player for the end result, as it is absolutely not its fault. You can reach for the phenomenal discs “Tartini secondo natura” and “The Devil’s Trill” Palladians, to become immediately absolutely sure, that the tonal balance and widely perceived truthfulness is very, very close to the ideal with the 3. Timbre, calmness, breath and phenomenal reproduction of the climate we get in the package, and all of this is within our reach.
But we cannot treat the 3sx as a CD-player only, as it would be extremely unfair. Gerhard Hirt and his team did not implement the very worked out DAC section and analog inputs for nothing. So I am happy to announce, that if you decide to but the tested player, the only things you need to be able to fully utilize its capabilities are a power amplifier and loudspeakers (hopefully good enough to not to lose anything). I will not mention cabling, as I had many times a chance to observe, that the Austrian electronics will show 99.9% of its potential regardless of the (high end) cables you will use to connect it. It does not complain, so you can experiment at home with any kinds of cables, being silver, copper, or anything else. In addition during the test at home, as well as with some other systems (this models turned out to be quite popular amongst my golden-eared acquaintances) I could not find anything to brag about, except for the lack of XLR analog inputs. Dynamics, timbre, precision in generating the sound stage and localization of the virtual sources fully deserve praise. No loss of detail, micro-information, or the plankton so loved by the audiophiles results in a substitute of being in a concert hall or recording studio. In addition we can eliminate another device from the sound path (and cables – what saves us money) shows, that such integration brings only positive results.
A similar situation is with the built-in DAC. Without a suitable transport, which would be able to utilize the BNC DSD terminals, I stayed faithful to my laptop, from which I could feed the 3 with different kinds of files via the USB interface, just like my 1. The differentiation between the various “densities” was obvious. The higher we got on the PCM/DSD/DXD ladder, the more the sound became open and organic. In addition there was no effect of “antiseptic sound”, there was no sterility, but the changes went in the direction of resolution known from real life, as we can observe an event in ideal lighting conditions.

The Ayon CD-3sx is on the top of the list of the conventional CD players of the manufacturer from Gratkorn. It is a device not only sonically brilliant, but also complete ergonomically – it can become the heart of a high-end system. A system, that can eliminate a standard preamplifier and a stand-alone DAC, allowing us to minimize the amount of cabling, and the money we save can be spent on a power amplifier, loudspeakers or the analog source.