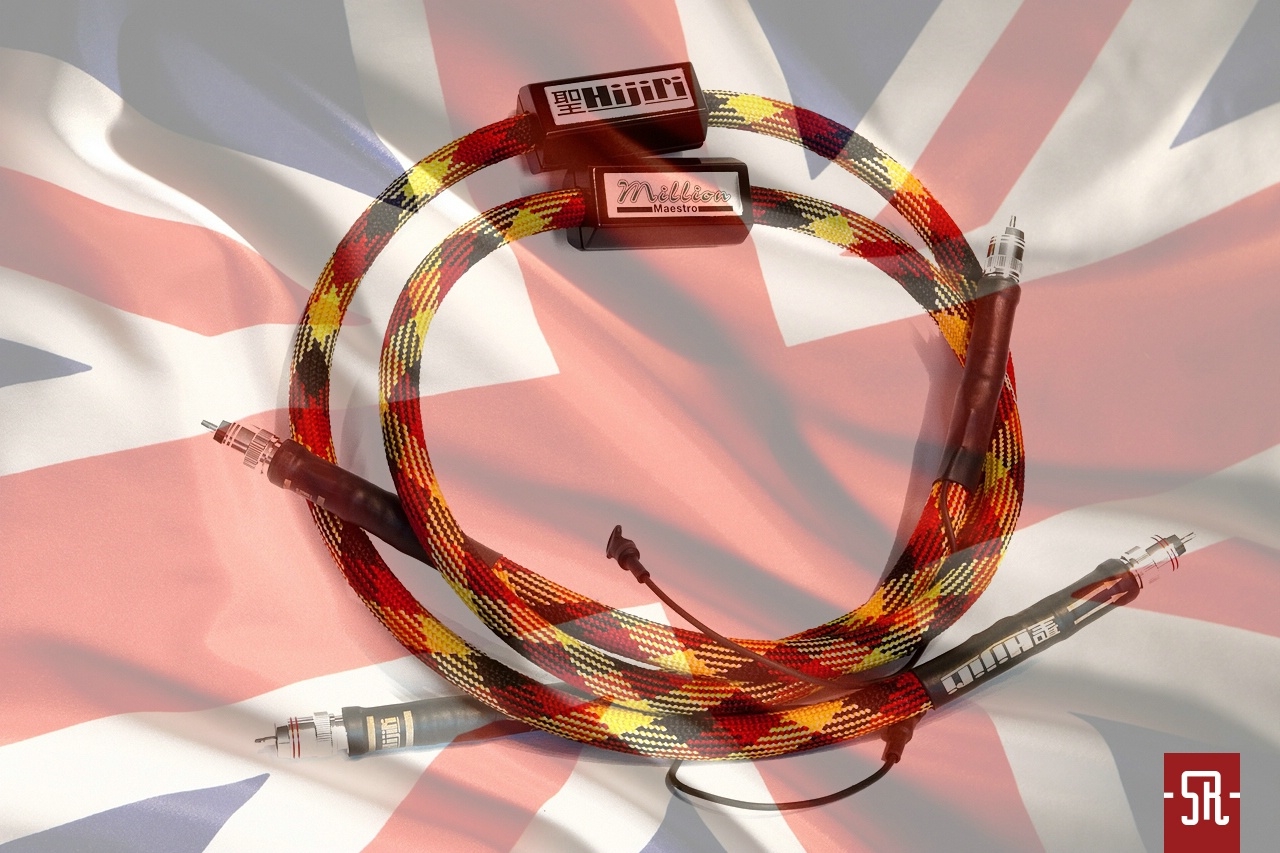 Starting from the moment of defining the HiFi and High-End an unwritten law states, that better comes with more expensive, and while the bettering comes painfully slowly, the price is skyrocketing already from the very beginning. Of course those observations are based on the last, let’s say 20 years, because I have the idea, that starting from the mid 90-ties of last century, the train named High-End is escaping the audiophiles thirsty to get the absolute faster and faster. From a fluid evolving relationship of a looker – money gatherer – buyer  we now stopped at the first level , of looking only, while the distance between us and the Holy Grail becomes bigger and bigger. I am sorry if I am offending anyone now, but this is how it looks from aside, trying to look at the whole case in an objective manner. We need to face the irony of everyday – like writers write. A power cord in the price of a small automobile, loudspeakers worth a two or even three room apartment in Warsaw. And yet this is not the last word from the masters of metallurgy and marketing. The highest class audio with the aim to reach the highest possible way of reproducing music, what in fact means only being a tool, becomes a sign of wealth, and more and more often, a synonym for bad taste. In one word a pathology, maybe even a reason to become depressive. Fortunately, from time to time, there is some light in that tunnel, leading to the abyss of short sight and greed, faint, but giving some hope for the stray souls.
Well, enough of those decadent talk, because the reason for this review is absolutely positive and it gives optimism, and returns faith in at least some of the human beings. I am talking about the newest, and at the same time the most advanced interconnects, that came from the hand of Master Kazuo Kiuchi himself, the 聖 HIJIRI Million.

I can already see that light of triumph in your eyes and risen eyebrows. A pompous introduction, pointing out the pathological and strange mechanisms ruling the High-End and then we introduce cables that cost merely 10.5 thousand zlotys. Yes, because in this moment, instead of a big laugh, some kind of disappointment and disbelief comes. It costs only that much? It was not long ago that you tested cables costing hundreds thousands of zlotys, and now such a budget cord? I will quickly explain, that the Hijiri escapes all kinds of categorization based on economic relationships or audiophile terms. Initially I did not know the price of that cable and listening to it for a few days without the need of knowing it, and having in my memory fresh impressions from the meeting with the top Siltech and the Skogrand, tested in parallel (the review of those will be published shortly) I could say with certainty, that I am dealing with a representative of the same league here. And this a true first league representative, and not just a spare. 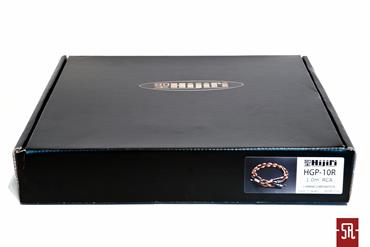 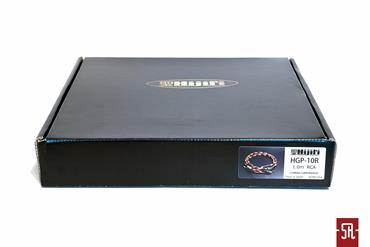 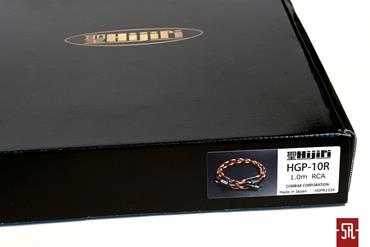 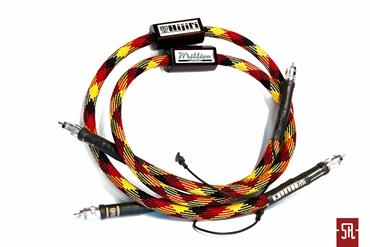 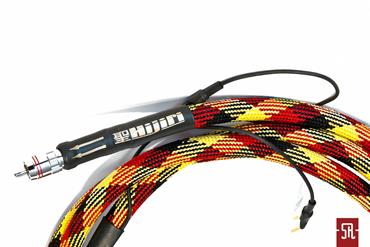 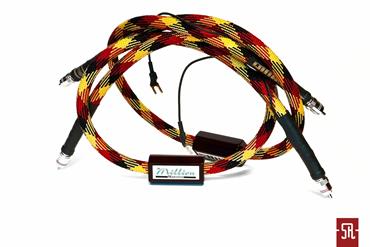 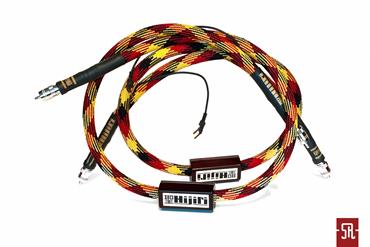 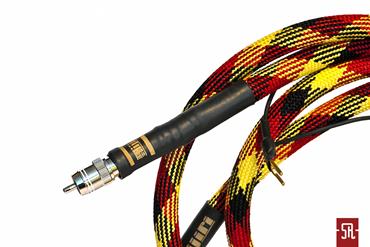 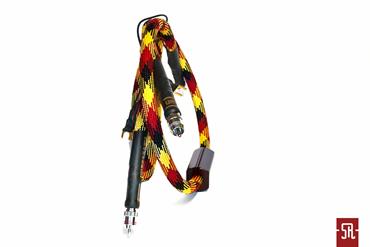 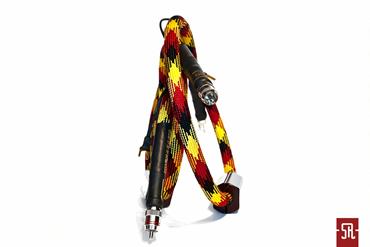 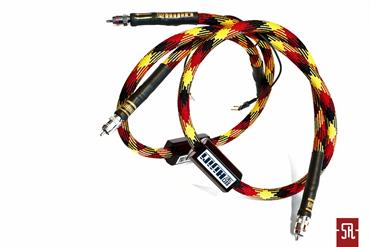 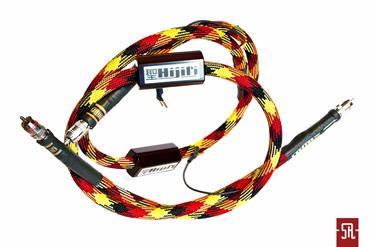 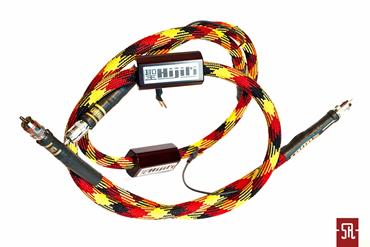 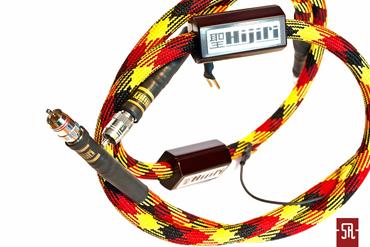 Before we continue to the part devoted to the influence of the Hijiri on the sound, it is worth, at least briefly mention the technical aspects, about which the Sensei Kiuchi is usually very silent. The only information he was ready to share are the directionality, hand craftsmanship, shielded external ground wire preventing RF interference and dedicated plugs. Maybe not much, but this is not related to ignorance masked with secrecy, that would boost interest, but about many years of experience and wisdom gained. Because it is not about bragging with parameters, charts or comparisons, but about using the right technology and the abilities of the used materials to get the most out of the music. So lack of tables with parameters is not a hurdle, but it helps in listening, because not really knowing what is hidden inside the sheath, we do not have all those subconscious associations, that usually lead to stereotypes. When it comes to the looks, then the top interconnect of the Combak Corporation is exactly as photographed. It resembles old iron cables, which often had similar marks on the sheaths, maybe just not  that cheerful. Because here we have something quite bold – a combination of white-yellow-red-black geometrical motive with wooden boxes placed centrally and decorated with the company logo while being terminated by massive, plugs, that can be tightened around the sockets. It seems in Japan reference does not need to be associated with the elegant, yet a bit dull black color.

After learning the official pricing for the cable I needed to cool down, and then to confirm with the distributor, that there is no error in  the price list, and if the figures are right, that the price is quoted in zlotys, and not in Euro, or Pounds. Then I had to make a small research among my colleagues, who had a chance of testing those cables. In the end although we are kind of rivals, yet there is some solidarity amongst us, and sometimes it is better to make sure, if that what we hear is not an effect of audio hallucinations or taking in a too big dose of … perception improvers. I was really surprised to learn, that in each case, they had similar consternation combined with disbelief. Although from the very first minutes you can hear, that we deal here with a Harmonix cable, we have the smoothness, resolution and the almost genetically attributed homogeneity and coherence, that are part of the company’s sound, yet their nobleness, intensity and finesse go far beyond what could be imagined given its price tag. So I am extremely happy, that I never tried to use any kind of star rating system, or similar, with Sound Rebels, as in such case I would have a hard nut to crack. And now, being 100% sure, that I am dealing with something extraordinary, on the borderline of the audiophile absolute, I could just sit back in my chair and just have a good time listening to music. I had no existential issues, how should I judge much more expensive cables. Because this will not be my problem, but the distributors will have to think, how to take on the Japanese legend.

Although I had mixed feelings with the X-DC350M2R Improved Version, which I used some time ago with my reference amplification, as with my eclectic choice of music, its above average density and elegance clashed a bit with the harsh aesthetics of the hard’n’heavy repertoire, yet the Hijiri even added dynamics and breath to pieces like “Cut the Cord” Shinedown. With such offensive playing it is easy to get into clatter, but with the tested interconnect we could talk about esoteric impressions. The abyss of the black background was bottomless; the first plane was slightly brought closer, while the further planes were brought even further back beyond the loudspeakers. Interestingly, the whole stage still kept its coherence, only the musicians gained space around them. You could especially easily see that with symphonic, where the individual sections require most detailed insight into the work of individual musicians, while the coherence of even the biggest orchestra is the ultimate value. However before I moved to the more dynamic climates a few times (unfortunately I cannot allow myself to listen for over eight hours many times) I took on the seemingly innocent box “Bach: Brandenburg Concertos; Orchestral Suites; Chamber Music” performed by Musica Antiqua Köln. Splendid separation of the of the soloists while keeping of the link with the rest of the performers allows for a very unconstrained analysis. You could just listen to the delicate sounds of the flute and the complicated net of sounds created by the harpsichord on “Concerto for Flute, Violin, Harpsichord and Strings in A minor, BWV 1044” to immediately understand, how phenomenal the resolution is here. I could say, with full responsibility, that the Million was practically on par with the Siltech Triple Crown, and taking into account the eightfold price difference, things are becoming really interesting.
Going into the territory of the heavier music, represented, amongst others, by “House of Gold & Bones Part 2” Stone Sour and opening with the sounds of an apocalyptic thunderstorm “The Vaulted Shadows” My Dying Bride, I could fully enjoy the perverse juiciness of the growl,  guitar riffs heavy enough to kill you and the bass and drums punching you directly in the stomach. In this combination it was surprising, that the elegance did not prevent the Hijiri to create a true massacre, when the volume levels were adequate, and certainly not appropriate for late night listening. It was like the Japanese interconnect would contain the whole essence of the roles of Jason Statham from “Transporter” and Keanu Reeves from “John Wick”. So the custom made suit does not get in the way of the Million to massacre the listener’s face with bare fists, and then to put half a round of gun shells into the failing body, just to make sure. Pure professionalism in Hollywood style.

Unfortunately the 聖 Hijiri HGP-RCA „Million” does not take hostages and makes high from the very beginning, like hard drugs. Plugged into our system it brings us in the state of an audiophile nirvana, and keeps us in that state from the first to the last note. Unfortunately the consequences of such behavior are quite clear to predict, so I warn you. If you do not plan to spend 10.5 thousand zlotys (at minimum – for a one meter long pair) please do not come close to it. In any other case, people who search for uncompromised solutions should face the challenge and try out the cables in their own systems. Just remember one thing – this is a one way ticket. It brings you close to music, but this is really good, very good.