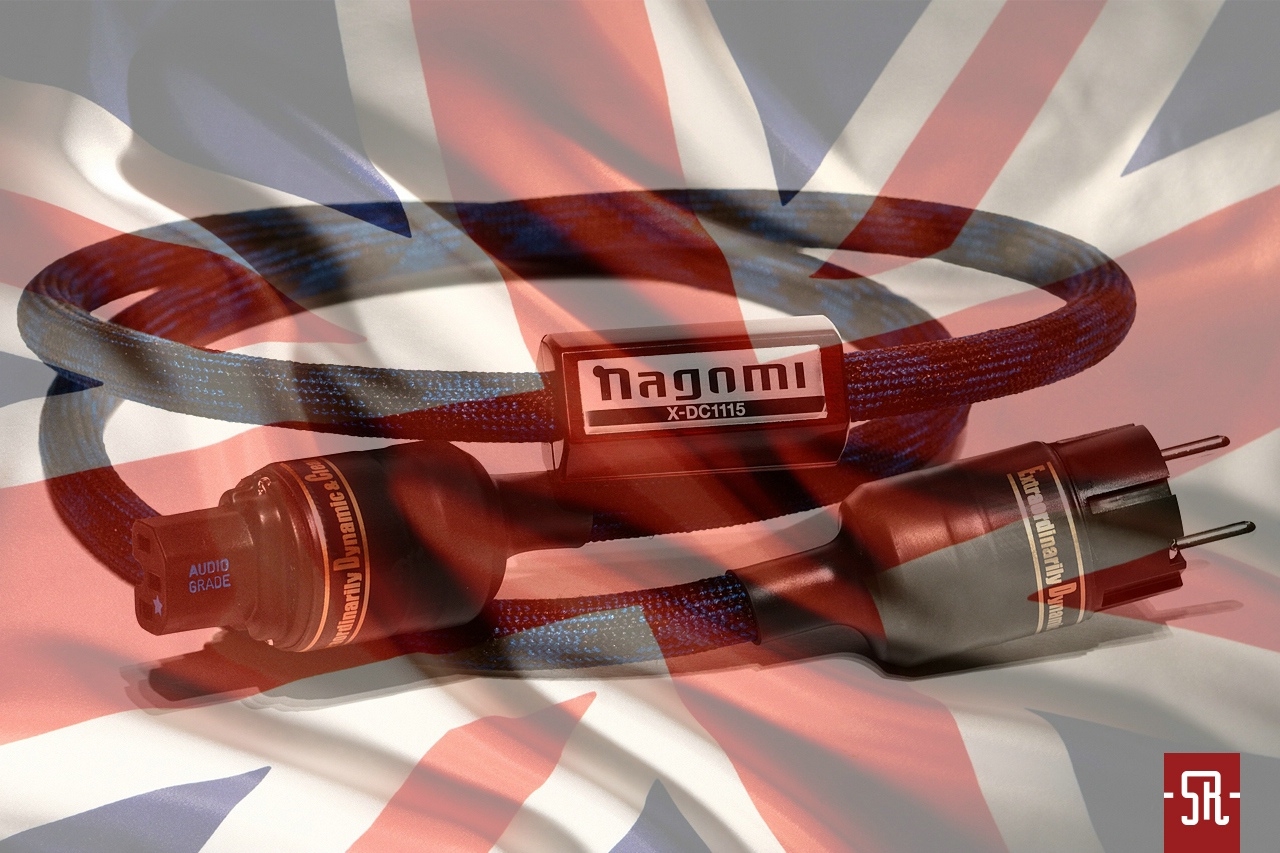 It is not so long ago, that there was a stir-up caused by the appearance of the phenomenal interconnects Hijiri HGP-RCA “Million”, which shattered the high-end market composure, and Combak Corporation is causing hype again. However instead of completing its flagship collection, composed of the mentioned interconnect and the X-DC Studio Master “Million” Maestro, with a loudspeaker cable, the company decided to present another power cord – Hijiri Nagomi. Surprised? You do not have to be ashamed – we were also surprised at first, but then we found the possible reason for that. What reason? Well, if you think a bit, then it seems quite logical. First a tracking question. Did you notice the drastic difference between the power cord and the interconnect? And in addition in the name X-DC Studio Master “Million”, there is no “Hijiri” signature. So the appearance of the Nagomi seems to be a clear signal, that it should be paired with the similarly named interconnect, and a match for the Studio Master cord will come later. But let us return to the topic and concentrate on the tested cable – the 聖Hijiri Nagomi. 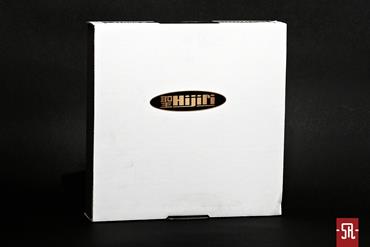 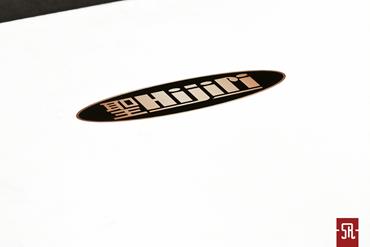 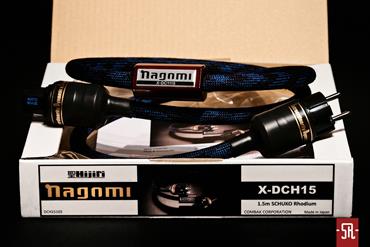 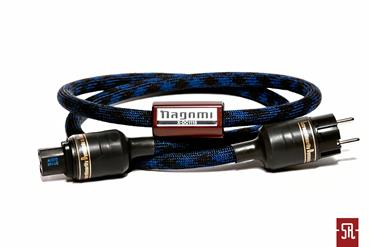 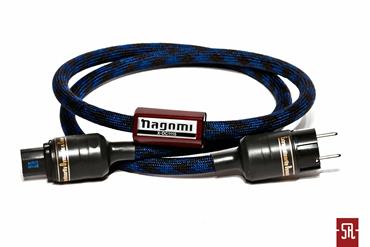 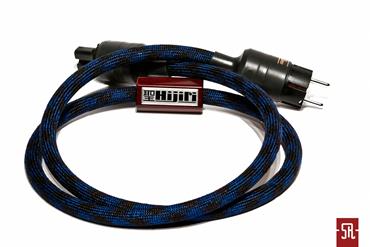 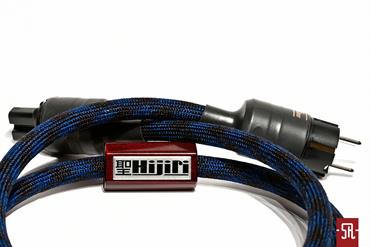 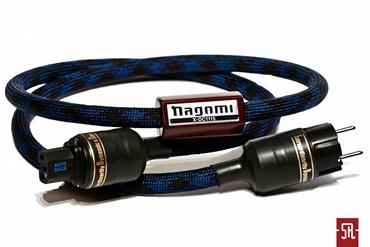 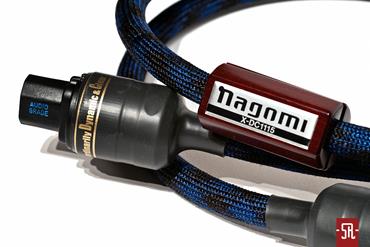 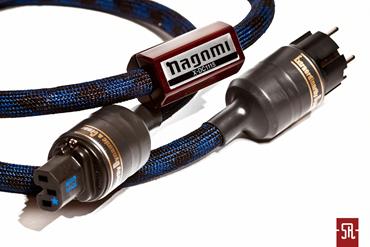 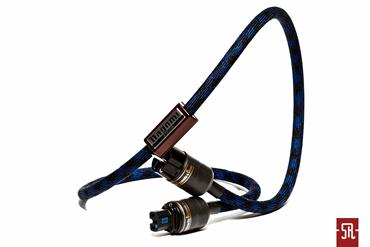 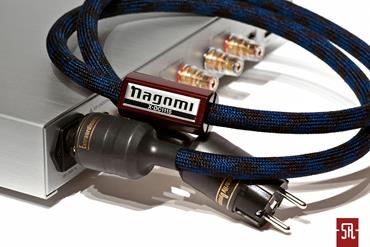 As usual with Harmonix products, the description is close to none – Mr. Kazuo Kiuchi is legendary for that. This time we learn, that the Nagomi was designed and made from special copper and the final production version was not only a result of laboratory testing, but also rigorous listening. The sheath on the cable is textile and toned down in color – the palette is dark blue and black. The whole is decorated with a wooden box with the model name written on it. I would not be surprised, if compared to competition emanating with technological jargon and NASA-like patents, you would find the Japanese manufacturer being very modest. But you should not care about that too much, as Mr. Kazuo Kiuchi always asks not to think about the engineering aspects of his products, but to concentrate on music, because that is most important, and the materials and technologies used to create a product are only secondary. However there is something for the most die-hard numbers and figures lovers. I am talking about the plugs – this time the Wattgate 350iRH and 390iRG were utilized. Everybody happy? Then we can continue to the listening part, just briefly mentioning, that the cable is quite flexible and can be quite easily placed as desired.

I would like to calm down all brand lovers and tell you, against all the rumors you might have heard, and belie all the fairytales, claiming that the Nagomi does not sound according to the canon set by Harmonix during the years the brand is on the market. The truth, which I am going to reveal to you, is that the newest Hijiri cable sounds like a typical Harmonix, only … better. And in addition much better, than the attractive, but not overly imposing, looks and modest price would suggest. However I would like to suggest, that you should not allow your fantasy work overtime and count on Sensei Kazuo Kiuchi would mock his most devoted followers and introduce to the market an almost “budget” cable (from the high-end point of view) that could equal the top X-DC Studio Master “Million” Maestro. Nothing like that. It is not that good. But I can say, with absolute certainty, that for some audiophiles and music lovers the tested power cord could be a more interesting, and more universal alternative to the X-DC350M2R Improved-Version. In addition both cables are priced on a similar level (at least at the time of this review) so we could have the idea, that we have a fratricidal struggle here. But also here we are deceived by the appearances, as both models are more distinct in terms of sound than they are similar. Those are almost two different sound aesthetics, connected only by the native and irreproducible Harmonix DNA. This DNA is the musicality, heard from the first notes, and clearly recognizable by subject matter experts. But this is where the similarities end, because that what was on the verge of viscosity and darkening with the X-DC350M2R, with the Nagomi shines and sparkles with zillions of shades, where the signature of the proverbial “land of gentleness” dominated now we have vividness and spontaneity.
But let us give the past its rest and let us concentrate on the present, on how the newest Hijiri really “sounds”, as it does it greatly, and we can easily assume, that this is a planned and conscious evolution of the Japanese brand.
It happened, that the end of the accommodation period for the Nagomi coincided with the premiere of the newest, monumental album “The Astonishing” Dream Theater. You may wonder, if this is an innocent malice, or deliberate action aimed to discredit the achievements of the tested cord? You should not worry, as it is neither of those. I did mention before, that the manufacturer changed his approach to the aesthetics of the reproduced sound, and this disc seems almost dedicated to it. It is enough to allow yourself a (longer) moment to enjoy the climate of the futuristic-apocalyptic vision of the future world to become carried away by music with “Brother, Can You Hear Me?”. The worked out orchestral passages by the Prague orchestra and aesthetics coming dangerously close to “The Wall” Pink Floyd clearly show the dynamic potential of the tested cable. The sound is not only “nice”, but also loaded with emotions and boiling with energy. Bass is reaching extremely low, but it is controlled all the time, and in climax moments nothing is flowing together and the sound stage does not become compressed or flattened. What is important, and at the same time I liked it very much, is the size of the reproduced music. It was especially clear with the mighty, three-way Dynaudio Excite X44. Usually going from the Acoustic Zen Gargantua II – an American cable the size of a garden hose, to any kind of competition results in the need of adapting to lower scale of … everything. And here the size remained untouched, while the definition, control and palpability of the nuances, confirming the wealth of ornaments, or lack of them, in the music, improved. But not everybody must like such “baroque” climates, although I must confess, that on the last, double disc, the guys from Dream Theater reached true mastery. But if somebody would feel insufficiency after this prog-rock feast, lasting for over two hours, then for desert I would recommend something stronger, and at the same time more complex, ragged in terms of melody “Underworld” Symphony X, which directness and guitar madness can clog a lot of systems. Yet the Nagomi plugged into the back of the Accuphase 470, powering the Excite X44, which are capable of creating volume at concert levels, did not think about capitulating or limiting the dynamics. Despite its inconspicuous figure, it allowed pure energy to flow into the transformers. Frankly speaking I have not expected such dynamics and vividness from a modestly priced Harmonix.
And how does this black-blue wonder of Japanese metallurgy fare on the area, where its predecessors and brethren are ruling? To check this I took the emotionally vibrating, but at the same time original recording “Hard Rain [The Songs of Bob Dylan & Leonard Cohen]” Barb Jungr. And I want to tell quickly, that also here, on the ground of its ancestors, I had no reasons to complain, and actually I needed to constrain myself, to not to put only praises in my notes, and if, that they would be coming in more reasonable timeframes. Slightly screechy and at the same time not free from harshness vocals of Barb was greatly supported by the classical jazz instruments, and the insight into the recording cannot be described different than extraordinary. In addition this incredibly organic timbre and almost subcutaneous, pulsating drive made even “Everybody Knows”, a song that I accept almost only in original form, impossible to sit in one place and the joy of listening became almost obscene. The above effect can only be compared, to the completely imagined situation of total abolition, when everything that was unhealthy, fattening or against the law becomes harmless and acceptable. Only assets, no shortcomings and consequences.

The last question, if things can be done better, I will consider as an academic and rhetorical question, as if not everybody, then at least the bigger part of the listening part of the homo sapiens population knows, that it can. Better smoothness, saturation and finesse is offered by the already mentioned, and used by Jacek on a daily basis, X-DC Studio Master “Million” Maestro, and in terms of dynamics the Nagomi is bettered by the NanoFlux from Furutech. But is that bad? It is enough to look at the prices of the mentioned competition, then we know it is not, as just comparing the tested cable to them is ennobling in itself. And yet the Hijiri Nagomi, with a price tag around 6.5 thousand zlotys for a 2 meter length, not even coming close to the 10000 range, boldly comes to the high-end salons, and this absolutely deservedly and without any complexes.