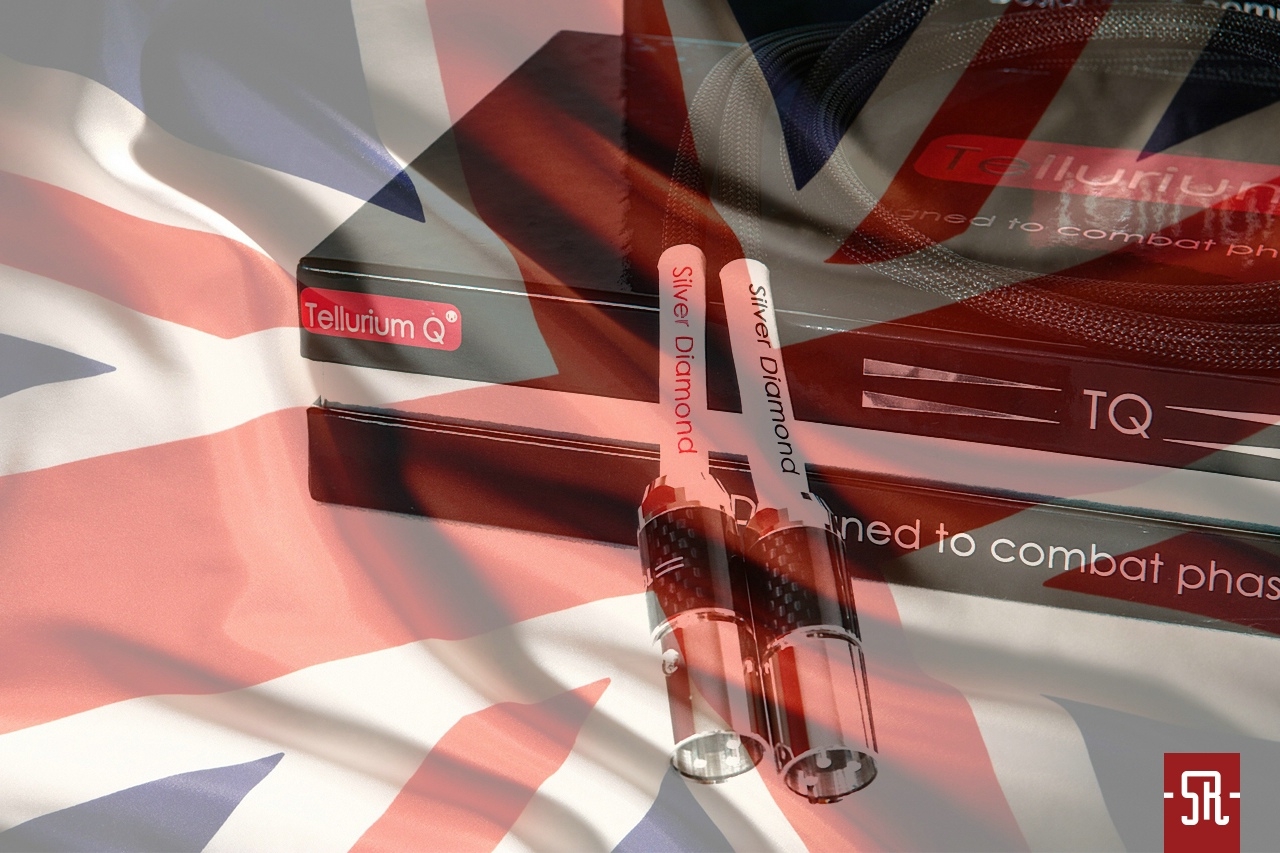 I assume that each one of us experienced a so called “Yeti effect” at least once, or much more often, something that happens amongst (older) men – “This fish was sooo big”. Do you know what I mean? I mean that somebody has seen, heard, experienced, etc, something, and is absolutely certain this did happen, while everybody else from that persons’ environment is acting skeptical. The situation becomes strange, and we reach a moment, when this person reaches a status close to the one obtained by people claiming they were taken by an UFO, and the little green men performed many different and painful experiments on them. In audio, and especially in High End, such cases happen quite often, but those are usually about reaching the state of audiophile nirvana, that was caused by listening to a certain gear, loudspeaker, cable or other accessory. But if this state of mind becomes contagious, when more than one person is starting to talk about the same thing, then it is worth to have a closer look at the thing that caused it, and have a listen for yourself.
It was similar, but maybe not with the tested set of cables, as they were just recently introduced to the market, but in general with the cables of the manufacturer that supplied them for testing. Every time, when during a visit somewhere, or during a show, where different systems were showcased, and the representative of the company Tellurium Q appeared, as this is the company in question, we heard, that the cables he has now are just spectacular, although they cannot show their full potential, as they just arrived from UK, or did not have time to be burned-in correctly. Unfortunately each time the effect of connecting those British wires to the system was … not very convincing. Although there was no tragedy, but there were always cables from some competitor, that suited our expectations better. If we would rely only on what I wrote above, then the case would be clear – this is the distributor, and he is happy with the products he is selling. But we started to receive reports, that the Tellurium really do sound well, what was in a sense confirmed with the amount of awards and distinctions they received. So we decided to confront their growing fame and test them in our own systems. It turn out, that everything that comes to Poland from the company with the purple logo is sold immediately, like everything during the cold war era. So we patiently waited and finally we got our hands on the top interconnects RCA and XLR as well as the loudspeaker cables, described in the company hierarchy as Silver Diamond. 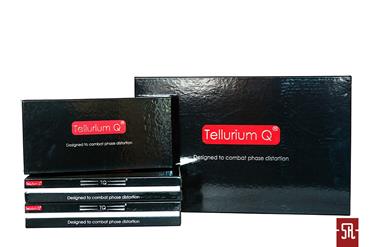 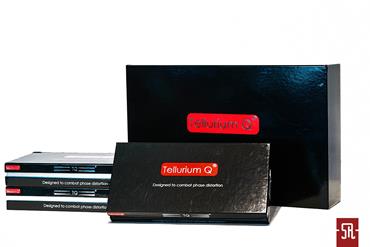 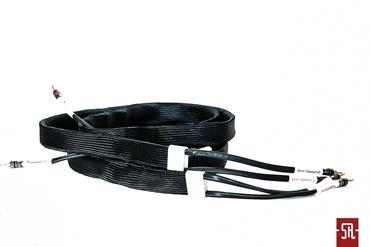 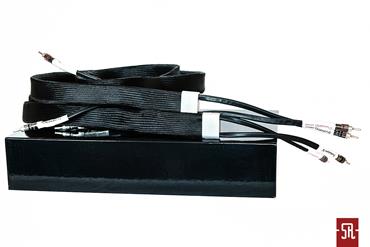 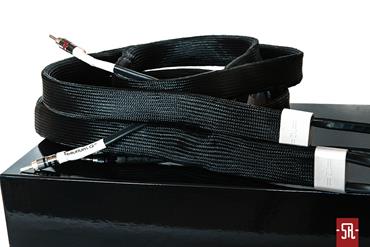 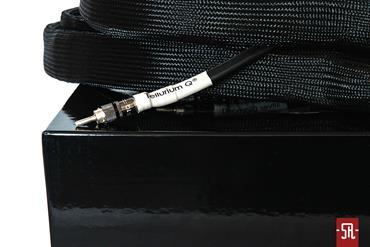 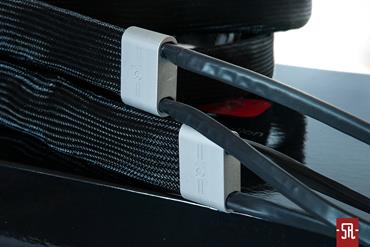 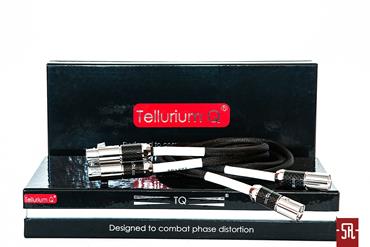 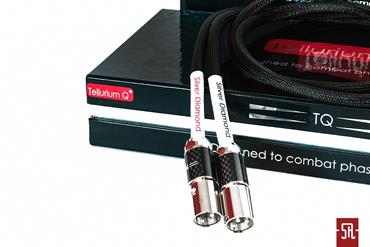 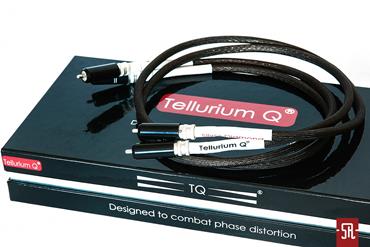 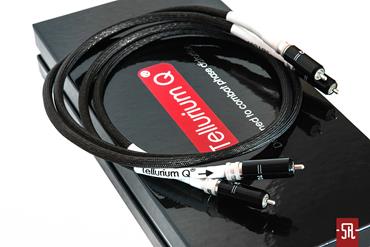 With some of the cables I know, the case is, that it best to review them listening not to a single pair (or cable) but to complete sets, allowing for the whole system to be cabled. This gains momentum, when the cables have some proprietary solutions implemented, working to minimize, or even annihilate, all kinds of anomalies from the usable signal. That was also the case this time, as according to the manufacturer the Tellurium Q cables were designed and manufactured in such a way, that they should minimize phase distortion. Yet looking at them it would be hard to find anything out of the ordinary. There are no boxes, muffs or any magic rings. Seeming those are just “simple wires”. But appearances are deceptive, as Geoff Merrigan makes certain modifications already on the level of the material the conductors are made of (in this case silver plated copper, there are also silver plated plugs), geometry of the strands, choice of dielectrics, vibration dampening and some things probably only he himself knows. But enough of that. The Tellurium arrive in classic, not overly extravagant carton boxes. So on this level there will be no luxury and extra care. But after removing them from the box it turns out, that the Silver Diamond looks very nice, with a kind of timeless elegance. The blackness of the sheath contrasts with the snowy white thermal bands with the company print, what together with the solid plugs makes a very positive impression. In addition both types of interconnects are quite flexible, what makes them easy to plug in and out and position behind the electronics. A real fairytale. However it ends with the unpacking of the loudspeaker cables. Those modest and nicely looking ribbons ending with aluminum splitters turn out equally easy to handle as a ship line from a three mast sailboat, or a fire hose filled with solid core wires. With some extra strength they are possible to handle, but it would be recommended to not to move them too much after connecting.

Having in mind my previous, not so positive, experience and not knowing, how long the supplied set was used I decided to burn the cables in – so I plugged in the two XLR, one RCA interconnect and the loudspeaker cables into my system and allowed them to align for a week. Only then I started listening with heightened attention and critically. If those cables are such “giant killers” then let them show, what they can do. And the only thing that comes to my mind now is the old truth – “be careful what you ask for, as you may get it”. Yes, yes. Despite the quite mellow, almost lazy “Just a Little Lovin’” Shelby Linne, the sound had such an energy, as if the system would be building it up somewhere. But it was no artificial pumping, no nervous looking out for the moment you can strike, but rather everything revolved around the directness of the sound and the strength of emission. The compression, that went unnoticed to date disappeared and the extremes of the sound spectrum expanded by a step or two. A certain transformation happened, as calling this is a re-scaling would not be adequate, to the volume of the sound. And again – I am not about any artificial pumping, bringing closer the virtual sources paired with blowing up the size of the virtual stage. Such actions are often taken by sound engineers creating samplers, and also some manufacturers of audio gear, as they think bigger means better. But here we deal with a kind of making the sizes of the instruments and musicians real, they now had adequate sizes. In case of the solo performance of the Shelby Lynne the effect is visible, but not as spectacular as with the choir “Live and Joyful in Charleston” The Angels. Only with such and similar recordings we could hear, what the Tellurium can do with the sound, or rather what they do not do to the sound – but what harm does its competition. The noise of the background becomes what it should be, the sounds that accompany the movements of  real people, and not digital or analog noise, where all the details and nuances are hidden. You do not believe me? Then please listen carefully to any recording with applause. It does not matter if this will be the applause of a big audience or the artists themselves, in most cases it sounds artificial – one dimensional, flat and rustling. Having the Silver Diamond returns authenticity, three-dimensionality and immediacy. The difference is more or less the same as listening to a recording of a piano and the same piano live. Sounds intriguing, doesn’t it?
On the completely different, very processed and rough as a rasp “The Pale Emperor” Marylin Manson, bass hit with the strength of a pneumatic hammer, and the parties of the guitars, recorded in a garage way, only increased the depressive climate of this album. But on this sonically seemingly not very interesting material, especially for the die-hard audiophiles, attention was drawn by an above average timing and coherence. The power of the low frequencies was under full control. It gained not only the drive characteristic for this kind of music, but also communicativeness and homogeneity of the sound. Because control was not limited only to the bass, but encompassed the whole audible sound spectrum, keeping in hand also the midrange and treble. If someone thinks, that control in the upper frequencies is not needed, then … he or she is on a highway to offensiveness and clatter. Only sounds well controlled can not only fully reverberate, but they exist in the musical spectacle in the place and time adequate for them. Exactly at a given spot and in a given time, and not somewhere around it, a tad too early or too late. The lack of phase distortion removes nervousness, quivering and a kind of lack of focus, that is often regarded as analog rounding or tubey charm. So we can assume, knowing that this is a big generalization, the Silver Diamond are representatives of the analytical camp, but having a big romance with the musicality we like so much. Through not coloring anything and not filtering away any seemingly negligibly micro-details we finally get the full picture, the whole sound, and not its interpretation.
Further experiments with unplugging and plugging single pairs of cables confirmed my observations, with one difference, that the intensity – palpability of the changes introduced was not so unambiguous. But if I would need to pick my favorite, then it would be the XLR interconnect, which enchanted me with its freedom, dynamics and almost crystalline clarity. The loudspeaker wires were also very interesting, but the quite problematic ergonomics, at least in my setting, where I am changing dozens of configurations and plug and unplug cables many times over, influences my opinion about their sonic value.

The Tellurium Q Silver Diamond are seemingly very common wires, at least looking from the outside. Very solidly made, elegant and far away from blatancy and designer pride. But something else testifies about its true value, coming from, amongst others, their technological advancement – the sound. A sound, that looking at the price level they occupy, escapes any rules and attempts at their categorization. Writing about them, that they are a class on their own, would mean writing nothing. Fortunately instead of talking or writing it is enough to plug them into our system and decide for ourselves. I have already done that, and I know one thing – it was worth the wait.

This website uses cookies to improve your experience while you navigate through the website. Out of these, the cookies that are categorized as necessary are stored on your browser as they are essential for the working of basic functionalities of the website. We also use third-party cookies that help us analyze and understand how you use this website. These cookies will be stored in your browser only with your consent. You also have the option to opt-out of these cookies. But opting out of some of these cookies may affect your browsing experience.
Necessary Always Enabled
Necessary cookies are absolutely essential for the website to function properly. This category only includes cookies that ensures basic functionalities and security features of the website. These cookies do not store any personal information.
Non-necessary
Any cookies that may not be particularly necessary for the website to function and is used specifically to collect user personal data via analytics, ads, other embedded contents are termed as non-necessary cookies. It is mandatory to procure user consent prior to running these cookies on your website.
SAVE & ACCEPT