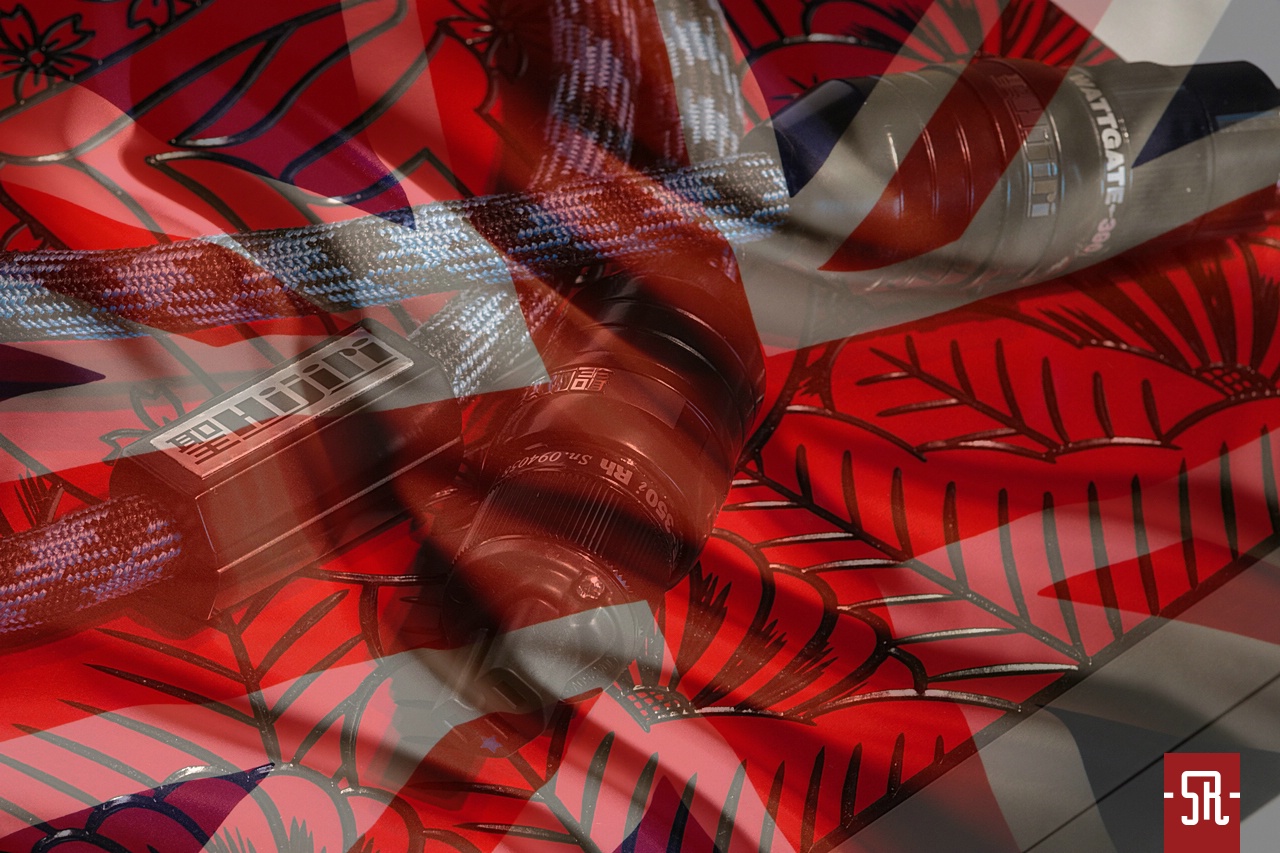 As since almost two months we did not mention any cables, time came to finally refresh this topic a bit, especially as it stirs up water. Additionally another fact made us aroused a bit more – the cable we had prepared for testing, which belongs absolutely to the High-End, was labeled by the manufacturer as a “budget” solution. But please do not despair seeing this, as the form in which the information is presented must be praised on its own. This comes from using the Harmonix X-DC SM Million Maestro as reference point, a cable that is recognized by many people as unreachable reference, and not referring to money per se, but only calling upon not reaching the reference. This is high level diplomacy, and the fact, that the Hijiri Takumi Maestro, as this is the tested cable, costs only half of the price of the Million, we can perceive only in terms of the manufacturer being very generous. 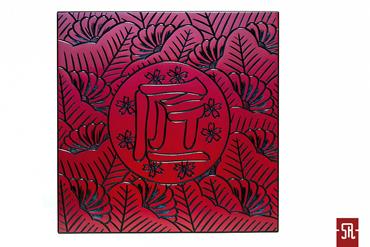 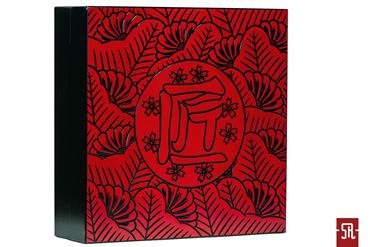 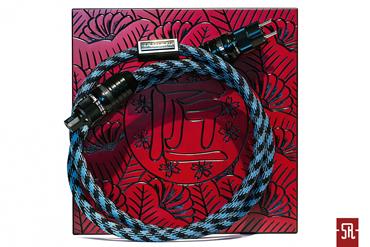 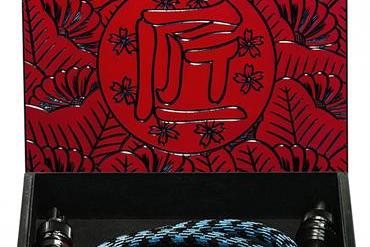 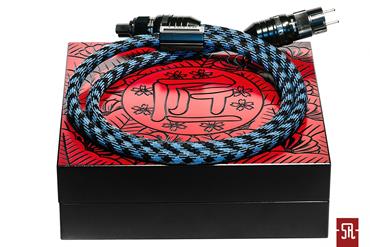 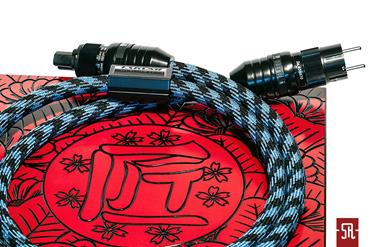 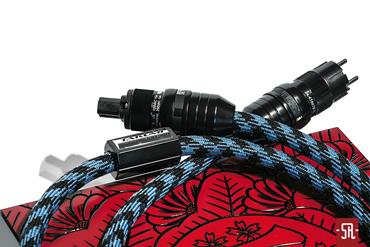 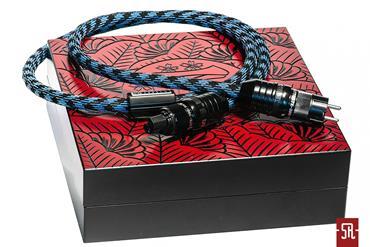 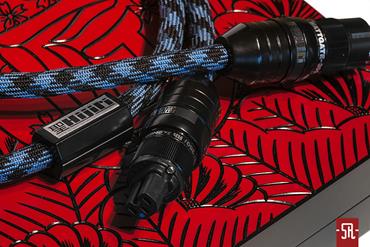 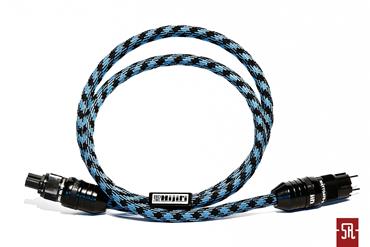 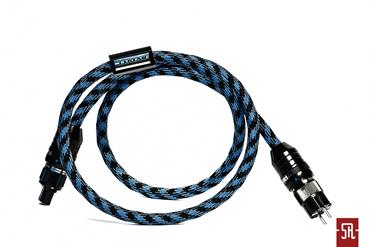 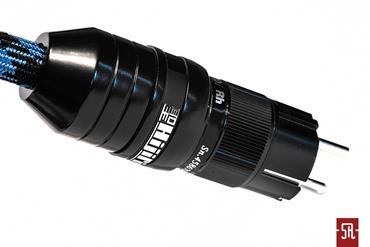 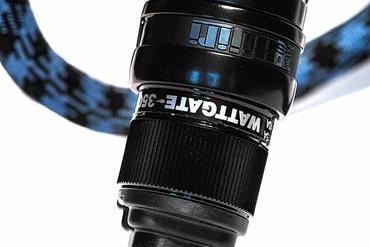 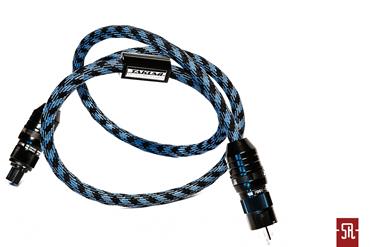 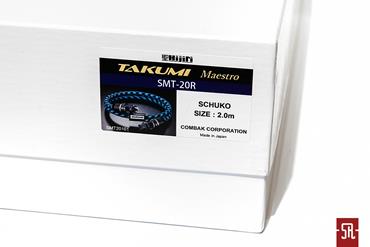 As usual for everything that came from the hands of Mr. Kazuo Kiuchi (Combak Corporation) also here the available details regarding the construction of the cable we can describe as … very sparse, if we are generous. In general, the Kendo Master thinks, that the most nosy people should be satisfied with the statement, that all materials used for creation of the cable were precisely matched and the technician making the cable needs 40 hours to manufacture it. Are you satisfied? Well, we also are not. To dry off our tears, we can only say, that the copper, long crystal conductors are directional, cast and slowly cooled off, and not drawn, as it is done usually. Of course the process of twisting the wires and covering the dielectric is made by hand, and the whole is terminated with rhodium plated Wattgate plugs 390iRH and 350 iRH, ennobled with wooden rings. There is also a wooden pad with the logo, placed on the black-blue woven sheath. The complete cable looks completely unobtrusive.
The eventual deficiency of information regarding construction and metallurgy is even over-compensated with the packaging, the Takumi is provided with. Its white external cover does not point to that – you might think it is just another box, in which you could have a pair of new shoes, a cake or a hat. But when you remove the protective layer, things change completely, and we are teleported into the world of Japanese luxury. Additionally, the design and manufacturing of the temotobako, the classic Japanese tomobako box, made from Kiri wood, in which kimonos are sold, which cost a small fortune, and now houses the power cable, exceeds by much what we saw when testing the Final Sonorus X headphones. It only lacked the white fur, but if you want, then you can make the internal padding yourself.

Although the marketing department of Combak Corporation tries to convince the buyer, that when he or she decides to purchase the Hijiri Takumi Maestro, they are “almost” buying the Million, but as I had the opportunity to compare those two cables 1:1, I can claim, that when you can afford the top cable, you should not destroy your wellbeing. However if you compare to the X-DC350M2R, then your humor might just get much better. Is this strange? Not really, it is logical. While going from the 350 to the Maestro creates a true euphoria, in which we almost try to give our hard earned money to the seller, the move from the Maestro to the Million is not so spectacular anymore. Things get better, in fact everything gets better, but our commons sense mode kicks in, in which we start to think, if this “small improvement” is worth the money we have to pay for it. Those are the pros and cons of High-End, and when we decide to enter this shady world, then we need to adjust to the rules that are there. But let us end this academic talk and tackle on the tested cable.

First of all good news for all us – audiophiles and bad for anyone else, who persistently and constantly negate the influence of cables on the sound of an audio system. The Maestro is clearly audible, or better said, its presence in the system is audible, and that regardless of the device it is connected to. In addition the Hijiri Takumi does not “make sound” but “makes music” according to its own, company provided recipe. A recipe, that can be described as an evolution of that, what the low priced 聖Hijiri Nagomi had. I apologize all the people, who are annoyed with the “family” comparisons of the Japanese products, but in case of cables made by Combak Corporation the relationships between the individual models and their location on the genealogical tree allow us to look deeper and broader on the newly introduced products. Here is nothing left over for coincidence and rush, as everything happens according the Confucian dogmas of keeping harmony through respect for hierarchy, order and tradition. This is the reason, that each new product is not a standalone being, detached from reality and other products, but part of a broader, coherent and harmonized whole. This is why reaching for the Takumi I more or less consciously expected above average smoothness paired with musicality and … I was not disappointed.

Leonard Cohen, on his farewell album “You Want it Darker” sounds stronger, more palpable and in a way darker, but without any loss of resolution. The vocal is presented close, a tad closer than with other cables I had at time of testing, but this presentation was absolutely not offensive or obtrusive. We just sat close to the stage and had the, unfortunately recently deceased, singer in touching range. But when from the loudspeakers comes “Hineni, hineni I’m ready my Lord” it is hard not feel shivers coming down our spine and become aware of the end of a certain epoch. However there is no grief  in Cohen’s voice, no rebellion, just tiredness and full consent to the inevitable. Against appearances this album is not easy listening, and when the last notes of the “String Reprise/Treaty”  are heard, you do not know what to do with yourself. Here emotions are on par with the music, and its load is emphasized with the Hijiri.
Similarly lyrical is “Almost Unplugged” Europe, where the presence of the audience, a string quartet and megahits of the Swedish supergroup rearranged to a bit slower pace gained second youth, and some covers confirmed, that the gentlemen do not have any issues with classical rock (“Wish You Were Here”). The strings of the guitars shine in the lights, Tempest enchants with timbre and strength of his voice, with which he puts the absolute majority of the feminine audience in ecstasy. It is nice, I would even say it is beautiful, but without exaggeration, without too much sugar in the cake, which would kill the taste of it. About the spaciousness of the recording we can only say, that it was absolutely not a priority for the sound engineer. But we can reach for an album, that was recorded with some more attention to detail, and more spectacular swing, “Symphonica” George Michael to hear with your own ears, how mature and balanced the sound of the newest creation of Sensei Kiuchi is. The Takumi makes the sound a bit denser, puts is weight around the lower midrange, but does not make it darker and absolutely does not lose any control over the lower octaves, where the contours drawn with a thicker line keep the punctuality of the bass. However it would be hard to say, that the character of the cable is analytical, in the stereotypical understanding of the word, because the black-blue cable is as far away from it as it can be. Here you will not find splitting any hair in four, no extracting from the background, with almost neurological precision, of the individual virtual sources. But there is an always present, natural, and frankly speaking expected at this price level, resolution. So we get the broad perspective of the event playing before us, and also the insight into the individual instruments and vocalists, but with the perspective known from real life, as well as obvious, when moving away from the first plane, washing away of the smallest details. When you sit in the first rows of a philharmonic, and have eagle vision, still you are not able to see all the details of the clarinet player’s dress, or the shoes design of the percussion player, who plays the big drum. If such nuances would be presented in our faces, then such thing would be awkward and not natural, and the tested Hijiri sounds absolutely natural, with an organic naturalness – without any added colors or taste improvers.
With some less civilized repertoire, like the newest Metallica “Hardwired… To Self-Destruct (Deluxe)” it turned out quickly, that the Confucian stoicism of the Japanese cable is absolutely no obstruction to generate a truly apocalyptical cacophony without any signs of softening or slowing down of the sound. Of course you could still hear the midrange is extra saturated, but this makes the sound only more attractive, underlining the palpability of the spectrum, where most things are happening, and where James Hetfield is still briskly roaring. This allows to avoid the thinning and dryness, which are destructive to metal, what makes even longer listening to music in this genre much more acceptable, at least for me.

The 聖Hijiri Takumi Maestro is without a trace of doubt a full-blooded member of one of the most noble houses – Combak Corporation. In is sound it combines very cleverly the spontaneity of the lower placed Nagomi with the surprisingly high amount (percentage wise) of the characteristics of the top Harmonix X-DC Million Maestro – dynamics, saturation, smoothness and … just completeness. At the same time it is not overly warmed or syrupy, what could be said about the X-DC350M2R in some configurations. So I have no other choice, but to recommend you to listen to this cable, knowing at the same time, that the Takumi occupies a place in memory, when listened to, and does not want to leave it. But this is good, as having such point of reference, it will be easier to create your own ranking of power cords.